I would like to inform you about Urban  Agriculture Session; it will take place next 12 th of March 2013 at Escola Superior d’Agricultura de Barcelona – Universitat Politecnica de Catalunya (Barcelona tech) Castelldefels (Spain).
This open session is part of Barcelona Urban Agriculture Meeting organised by COST Action TD 1106 Urban Agriculture Europe and Escola Superior d'Agricultura de Barcelona. This meeting will be celebrated from the 12 th - 14 th of March in Castelldefels.
Urban Agriculture Europe Action began in Brussels (March, 2012).The aim of this action is that a common, specific and scientific approximation to urban and periurban agriculture will be developed by European researchers and professionals.
This action is formed by more than 100 researchers from more than 20 countries of European Union and outside of European Union.
Feel free to contact us about Barcelona session (12 th of March).
Cap comentari: 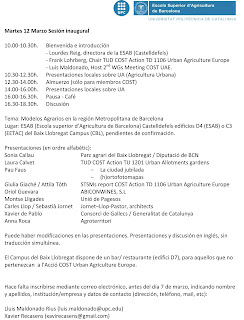 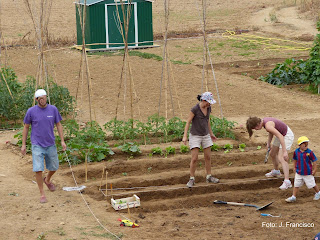